remembering horse_ebooks in the age of GPT3

this morning i came across this blog post ⧉ by maggie appleton, titled 'the expanding dark forest and generative AI'. it's a wonderful dissection of the state of the social internet right now (with a beautiful diagram detailing 'digital gardens' as substrate on the dark forest floor, above a network of 'cozy web' tunnels). it handles the expansion of Large Language Models (LLMs) which, let's face it, really feels like it is Happening Right Now.

maggie's post got me thinking. less about right now, and more about a previous collective reckoning with the challenge of human/bot identification - horse_ebooks.

for those unaware, a short summary:

it's funny what we remember. until researching for this blog post, i had almost zero recollection that the account was taken over by humans in order to facilitate a marketing campaign. if you asked me, i would have said i'd never heard of bear stearns bravo. but horse_ebooks stuck in my mind, all this time.

my favourite horse_ebooks tweet is probably also its most famous - "Everything happens so much". i remember once going past LCC on a bus, and seeing 'everything happens so much' on the window as part of seemingly a new student exhibition, and wondering if its provenance was an intentional reference, or a bad faith theft, or an artefact of convergence. 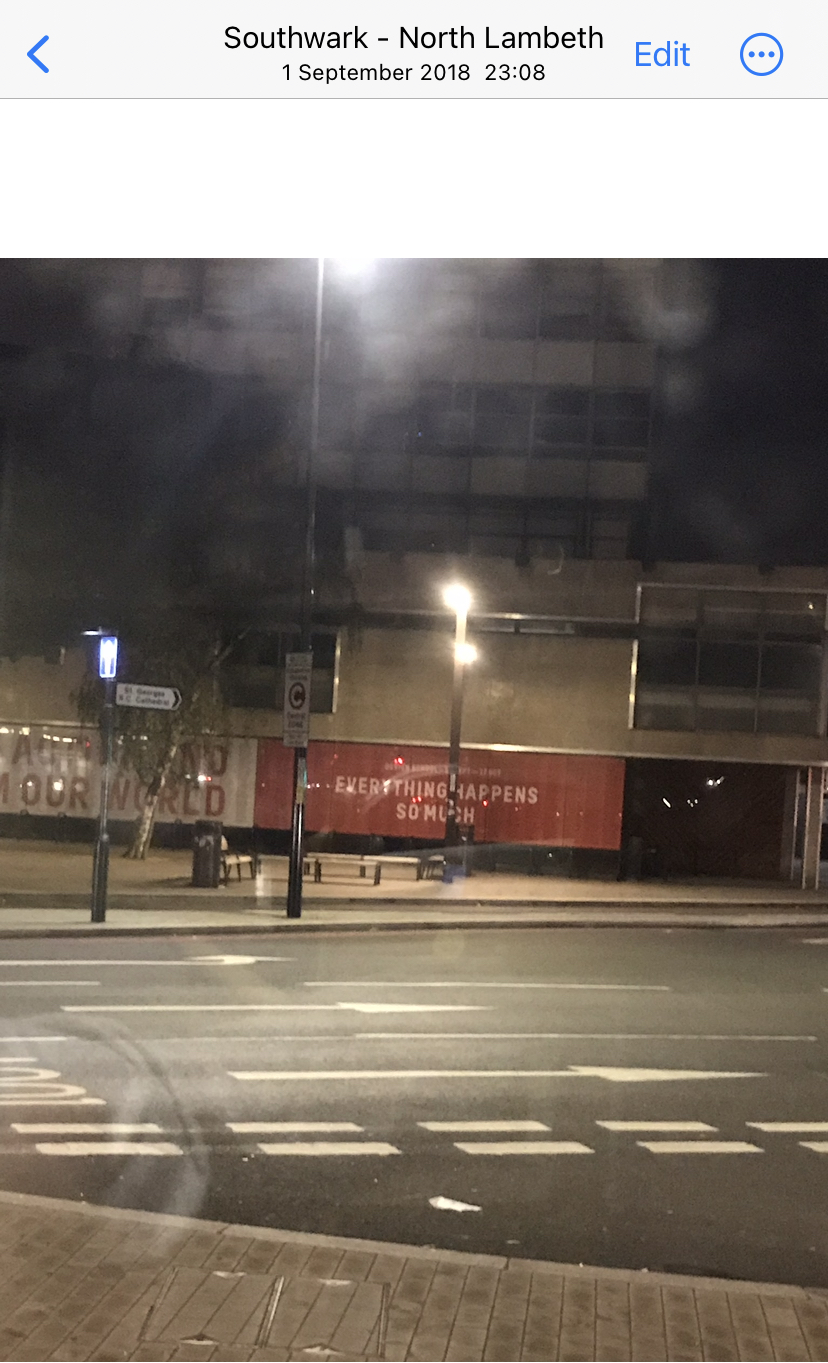 it turns out that 'everything happens so much' was posted on june 28th, 2012 - 9 months after the bot was taken over by jakob bakklia and thomas bender. and honestly, thinking about that - it feels gutting. it hurts to think that maybe i was 'taken in', along with everyone else - that something that brought me genuine joy was just manufactured for a marketing campaign. but wait - wasn't the original bot also a marketing campaign? why does this hurt more?

They're designed to pump out advertising copy, blog posts, emails, social media updates, and marketing pages. And they're really good at it. [source ⧉]

the above quote is right at the top of maggie appleton's blog post, 'the expanding dark forest and generative AI', that inspired me to write this post. it's not hidden that a lot of the uses for generative LLMs are explicitly in order to sell you things. ostensibly, horse_ebooks, in its original incarnation, was trying to sell us ebooks about horses. it is not absolved of the capitalist fantasy of viral, unsustainable, uncontrollable growth - if anything it exemplifies that desire.

in splitsider's 2012 account of the bot ⧉ john herman notes that alexei kouznetsov, the founder of the account, 'owns roughly 170 other domains, nearly all of which are connected to current or defunct horse_ebooks-style spam accounts.' this was not a bot which was crafted with care, artisinally exploring the edges of the written language - it was thrown together to most quickly and efficiently prop up kouznetsov's mini-empire of ebooks-selling sites. it was an attempt as a get-rich-quick scheme, or to generate some passive income - a 'grift' recognisable to anyone who's spent enough time trying to work out how to better their quality of life through this tool we call the internet.

so.. where was the charm? why was it better to consider a poetic attachment to something written by a bot, than cynically crafted by a human curator specifically for the purpose of having viral potential? why did we feel cheated, when we learnt that for just over two years, it had been the latter?

my theory is that we wanted to believe in the clunky charm of a bot. robots are endearing when we can recognise them as robots, see them trying to emulate our human activities, and give them a big gold star for giving it such a good shot. when horse_ebooks was revealed as being run by two humans, it pulled the rug out from under our feet. we suddenly found ourselves unsure if we could reliably tell a bot apart from a human online. we realised that we'd probably been wrong on that more times than we wanted to believe. the potential of AI writing entered the uncanny valley - it became a real threat to a pastime which had previously been undeniably the reserve of human creative expression.

when horse_ebooks was inconsistent, tweeting boring statements which didn't 'land', fragments of broken HTML, and obvious adverts for its true purpose in life - it was charming and unthreatening. we could identify it as a bot. it did not curate its tweets to be endearing to us - it felt almost random, like anything poetic was a pure celebration of chance. it fit the assumption that computers are unthinking, unfeeling, and generally don't have opinions. it's not like nobody noticed the shift to a more curated selection - articles ⧉ were ⧉ written ⧉ about it even before it was revealed to just be two guys trying to promote their project. it raised the question of if a bot would even be capable of doing what the account was seen to be doing, after the shift to posting 'via web'.

We believed we were watching the digital work mutter happily to itself about us, its anxious masters. Maybe the digital world was trying to sell us something, too, but its method of doing so was so blissfully ignorant, so warmly earnest, somehow, that we obliged. We loved @horse_ebooks because it was seerlike, childlike.

But no: There were people behind it all along. We thought we were obliging a program, a thing which needs no obliging, whereas in fact we were falling for a plan. [source ⧉]

as part of my day job, i sometimes have to man the company phone line. earlier this week, i got a call from a robot. nothing unusual about that you might think - but this caller.. i didn't realise they were a robot until the end of our conversation.

the call was from google, to ascertain whether our opening hours on google maps were correct or not. i'd received a call along these lines before, and know that this is how google conducts these kinds of checks (by phone), so i dutifully confirmed our opening hours and asked a question about how it could better reflect some of the complexities of being a business which operates inside another business, which has its own independent opening hours. the bot ignored me.

i asked another question, while the bot barelled on with finding out exactly when/if/how we open on sundays - and it ignored me again. my first thought was 'man, this cheery american guy sure is rude', but then i remembered the start of the call. the second thing he said. i am an automated service. it floored me.

if i'd not had some complexities, nuances to confirm, i probably would have never registered that i was talking to a bot. the language patterns were absolutely natural. i spoke quickly, and it understood me, even when i phrased our opening hours as 'we're open from 8.30, tuesday through saturday at this location'. it was absolutely uncanny.

darius kazemi defines a bot ⧉ as 'a computer that attempts to talk to humans through technology that was designed for humans to talk to humans'. this definition sits well with me, when trying to identify just what is so creepy about accidentally talking on the phone to a robot without immediately realising. it's the uncanny valley effect of being unsure if something is human or not, manufactured or natural.

just this week, louis vuitton stores have unveiled 'hyperrealistic' robot versions of yayoi kusama, painting their windows, in a move some have noted 'feels morbid' ⧉ (and many have described as 'creepy'). the rise of LLMs like GPT3 hits on this same kind of uncanny valley. they have become almost indistinguishable from humans, requiring us to imagine means of devising a 'reverse turing test' as described by maggie appleton in order to tell them apart.

it's this fear of the uncanny which i think drove the negative response to the discovery that horse_ebooks was actually no longer a bot at all. more than the disgust at feeling like you'd been played in service of a viral marketing campaign, the deeper sense that a future is coming where it won't be possible to reliably tell the difference between bot activity and human activity lay underneath that negative reaction. and ten years later - that future is here.